You need JavaScript to acces this page! 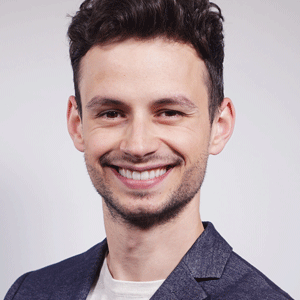 Despite the legalization of cannabis fast approaching on Oct. 17, a recent study revealed that Canadians are far from being connoisseurs. The study, conducted by New Frontier Data, found that nearly 50% of cannabis users don’t know anything about the product they’re consuming. This could be because, according to the same survey, 60% of those surveyed acquired their cannabis from friends, rather than from a licensed producer (LP).

When ordering cannabis directly from an LP, customers can access information such as a product’s strength, classification (sativa, indica, or hybrid), and terpene profiles, which refer to the ‘essential oils’ inherent within the plant.

When buying from unlicensed sources, most buyers don’t get much of a backstory. As a result, many Canadians haven’t even considered potency levels, mould and fungus test results, pesticide use, or cannabinoid profiles. It’s like buying a bottle of wine from a friend without knowing the alcohol percentage, which grapes were used, and where it was produced and bottled.

Fortunately, the study also notes that Canadians are eager to learn more about cannabis, though many people don’t even know what they don’t know. For example, when you’re legally buying cannabis for recreational use, keep more than the strain name in mind. A common strain like Purple Kush can be offered by a variety of LPs, with each producer’s version differing in terpenes and cannabinoids (THC/CBD levels). Going back to our wine analogy, a French merlot bottled in 1995 is very different from an Italian merlot bottled in 2005.

When buying from unlicensed sources, most buyers don’t get much of a backstory.

Those looking for reliable information about cannabis are turning to Lift & Co., a site becoming known as ‘the TripAdvisor of cannabis.’ With over 60,000 reviews on hundreds of strains from Canadian LPs, it’s been an essential resource for medical marijuana users since 2013. There are stats on products’ effects, flavours, recommended usage and delivery methods, and how long the effects last.

Based on the current advertising regulations for LPs, Canadians won’t be able to get much information when they’re shopping for legal cannabis. The guidelines are arguably more restrictive than alcohol or tobacco with a lack of opportunities for manufacturers to educate the public about their products.

Lift & Co.’s new online Cannabis Concierge puts this database to work. Users can simply enter their age, gender, experience level, and desired effects, and the Concierge suggests products based on other users’ experiences. With this tool Canadians will be able to shop confidently for products that meet their needs. A little bit of education goes a long way as we enter a new era of cannabis in Canada.